Hateful. This is the first word that popped into my mind as I read the multiple push alerts that came to my phone. 45 has done it again. He’s broken another campaign promise and elected to ban transgender people from serving in the military.

This morning 45 tweeted “After consultation with my Generals and military experts, please be advised that the United States Government will not accept or allow transgender individuals to serve in any capacity in the U.S. Military. Our military must be focused on decisive and overwhelming victory and cannot be burdened with the tremendous medical costs and disruption that transgender in the military would entail.” This comes just weeks after the House rejected controversial amendments to the annual defense policy that would have blocked transgender service members from receiving general reassignment therapy.

But what about your promise? What happened to fighting for LGBT rights?

According to the Associated Press, between 2,500 and 7,000 transgender service members on active duty and an additional 1,500 to 4,000 in the reserves. How dare you tell a specific group of people they cannot serve their country? Especially a group of people you promised you would fight for. The reasoning given for this decision to ban trans people is ridiculous to say the least. You don’t want to allow able bodied citizens to participate in such an important role in our nation because of the medical costs and disruptions? I call BS.

This is yet another example of the ignorance and prejudice this administration displays through their actions that continue to set our country back decades at a time. What an egregious act to carry out and it’s already received tons of backlash.

Every patriotic American who is qualified to serve in our military should be able to serve. Full stop.

@Caitlyn_Jenner wake up sweetheart give Your wonderful president a call & discuss #noTransgender in military congrats on a great choice!

Donald needs a psychiatric intervention. And an exorcism. #DonaldTrump #LGBT

I am an Iraqi war veteran & I am disgusted by the bigotry of our Commander-In-Chief.

No matter your beliefs or feelings, ALL citizens should have the right to fight for and serve the country they call home. 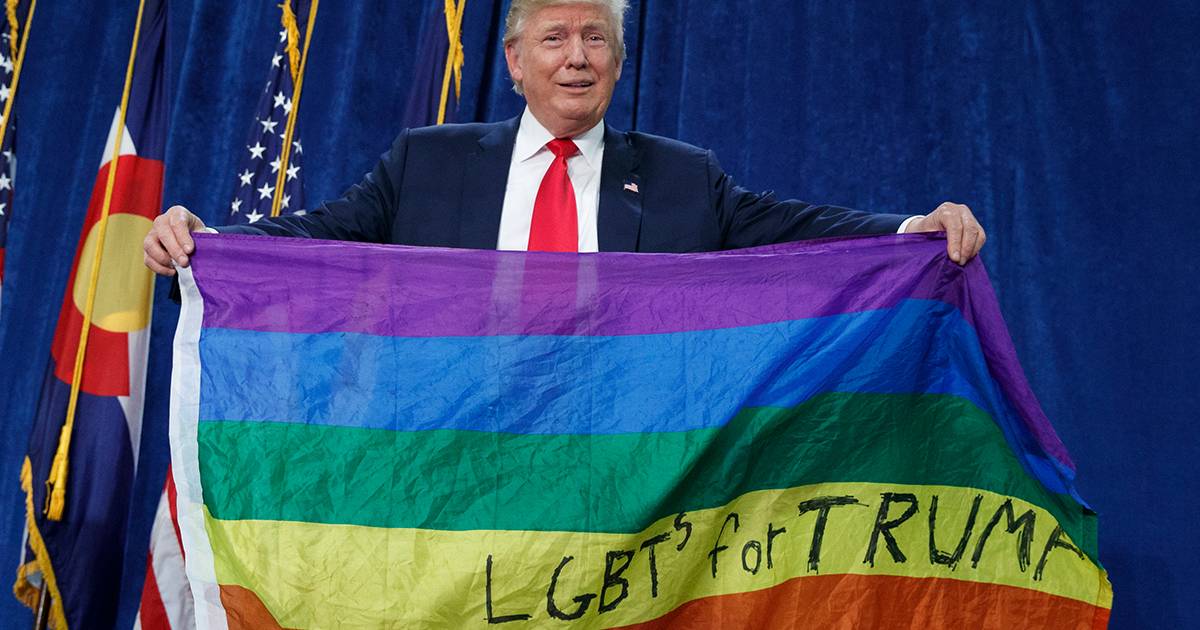 Usher & Herpes: What You Don’t Know

A bipartisan group of 10 Senators have been engaged in negotiations with President Biden to create an infrastructure bill. After negotiations ceased this Tuesday, the group announced they have a tentative plan to propose in the coming weeks.

The uncertainty in this decision follows a few weeks of tumult in the Senate between Democrats and Republicans. White House spokesperson Andrew Bates said in a statement, “Senior White House staff and the Jobs Cabinet will work with the Senate group in the days ahead to get answers to those questions, as we also consult with other members in both the House and the Senate on the path forward.”

Man Arrested After Shooting At Gilroy Cops During Pursuit

A 36-year-old man was arrested Wednesday night after he led Gilroy police officers on a high-speed pursuit.

Police are still investigating and are asking anyone with additional information to contact detectives at 408-046-0335 or the anonymous tip line at 408-846-0330.

On Thursday, the U.S. Senate confirmed Zahid Quraishi as a U.S. District Judge of New Jersey, making him the first Muslim American to hold the position in U.S. history.

Sen. Robert Menendez (D-NJ), stated, “[Quraishi] is a man of integrity, a consummate public servant, and a trailblazer for Asian Americans and Muslim Americans across this country who dream of one day presiding over a court of their own.”

Congratulations to Zahid Quraishi, who will be the first Muslim federal judge! Proud to have voted in favor of his confirmation. https://t.co/TN2gpeEnWl

Along with confirming Quraishi, the Senate also advanced the nomination of Judge Ketanji Brown Jackson to the U.S. Court of Appeals for the District of Columbia Circuit. Jackson is at the top of the list for the Supreme Court if a vacancy appears.