The Iranian military statement reportedly blamed "human error." All 176 people aboard the plane were killed. 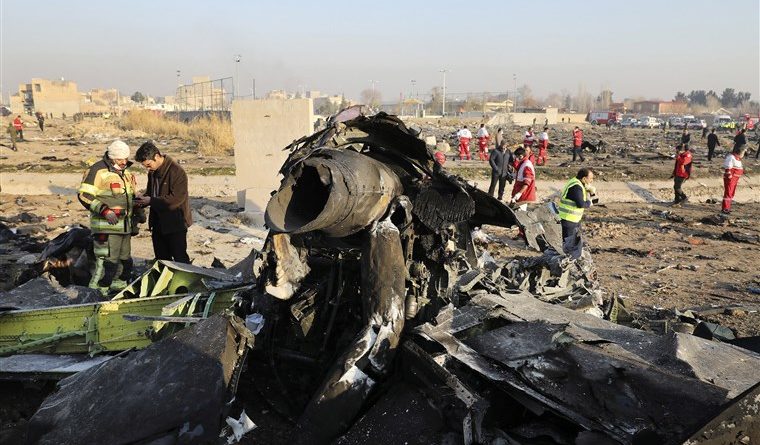 Based on a preliminary conclusion by the armed forces, “human error at time of crisis caused by US adventurism led to disaster, “Iranian Foreign Minister Mohammed Javad Zarif tweeted.

Canadian Prime Minister Justin Trudeau also said that his country had evidence it was shot down.

He said Canadian officials had intelligence from multiple sources, including allies as well as Canada’s own intelligence, and “the evidence indicates that the plane was shot down by an Iranian surface-to-air missile.” Trudeau said then that it could have been unintentional.

Sixty-three Canadians were among those killed, Ukraine’s foreign ministry has said. Also on board were 82 Iranians, 11 Ukrainians, 10 people from Sweden, four from Afghanistan, three Germans and three from the United Kingdom.

The crash came hours after Iran launched ballistic missiles against U.S. and coalition forces in Iraq as retaliation for the killing of a top Iranian general by a U.S. airstrike. There were no casualties from the ballistic missile strikes, authorities have said.

The passenger plane was headed from Tehran to Kyiv, Ukraine, where most passengers — more than 130 — were going to change planes to head to Canada, Trudeau has said.

Among those killed was a 9-year-old girl who died along with her mother, husband and wife professors, and graduate students. The University of Alberta alone lost 10 people, who were professors, students and alumni.

Urban Newsroom Newswire is a digital news service offering aggregated stories and global coverage to urban TV and radio stations across the United States.
Current Headlines
Be Our Friend
advertisement