Can we talk about the black toy baby on the shelf behind the signs? 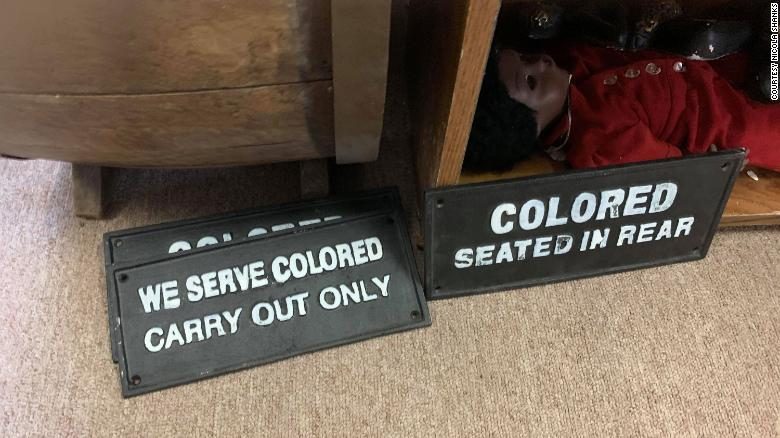 The store owner’s deficit of empathy shows in her use of words like “that stuff” and “they’re horrible”. Also, her rhetoric that “It’s history. You’re trying to erase history,” is precisely why it belongs in a museum, and not someone’s attic or home wall. Has Dean thought about how the multiple signs could cause many miseries? Or is it all about a little bit of profit?

Raz B Arrested for DUI in Los Angeles

Alldon Thompson is a Digital Intern at Black News Alerts.
Current Headlines
Be Our Friend
advertisement