Jameer Nelson and Phil Martelli hope West gets the help he needs. 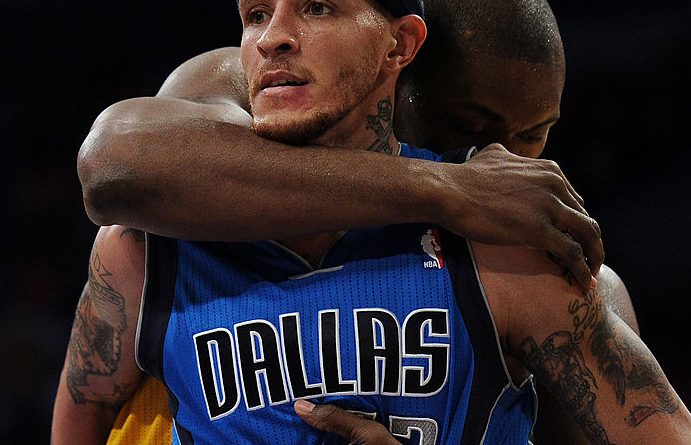 LOS ANGELES, CA - APRIL 15: Metta World Peace #15 of the Los Angeles Lakers and Delonte West #13 of the Dallas Mavericks get tangles under the basket during the first half at Staples Center on April 15, 2012 in Los Angeles, California. NOTE TO USER: User expressly acknowledges and agrees that, by downloading and or using this photograph, User is consenting to the terms and conditions of the Getty Images License Agreement. (Photo by Harry How/Getty Images)
by Dominique Browder, DI and Alldon Thompson, DI January 22, 2020

A video of what appears to be former NBA player Delonte West yelling incoherently while sitting on a Washington D.C. sidewalk in handcuffs surfaced online Monday night.

West played nine seasons in the NBA with the Boston Celtics, Seattle, the Cavs, and Dallas Mavericks. He last played in the league for the Mavericks in 2012. There are reports that West is homeless and has been panhandling, both of which he denied.

Apparently Delonte West was seen getting beat up in the street this Morning. I went to school with him and it’s crazy to see just how his life has gone downhill since the NBA. pic.twitter.com/chm6Sbu9h6