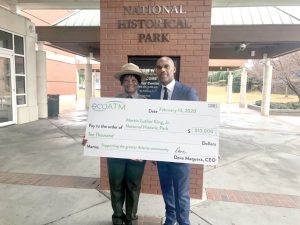 MLK Park’s location lays in the former fourth ward of Atlanta and is of great importance to the community. It not only serves as a beacon for communal comradery but also encompasses King’s childhood home along with Ebenezer Baptist Church, where he famously served as pastor 60 years ago.