Harvey Weinstein Sentenced To 23 Years In Prison For Sex Crimes

The former movie producer addressed the court saying he was “remorseful” but “totally confused” about the allegations against him.

Film producer Harvey Weinstein was sentenced Wednesday to 23 years in prison for a rape and sexual assault case that ignited the #MeToo movement in the United States. 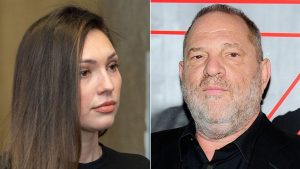 According to CNN, Weinstein will face charges in Los Angeles, California for allegedly raping one woman and sexually assaulting another over a two-day period in 2013. The two women’s accusations are independent of each other and allegedly happened in separate instances.