The discovery heightens suspicions over the authenticity of some 70 Dead Sea Scroll fragments around the world.

A collection of Dead Sea Scroll fragments held at a Washington, D.C. museum have turned out to be fake, an investigation has revealed. 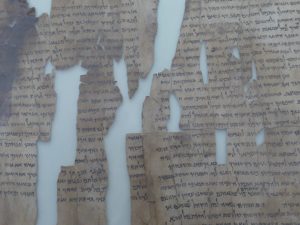 “Notwithstanding the less than favorable results, we have done what no other institution was post-2002 DSS fragments has done, the sophisticated and costly methods employed to discover the truth about our collection could be used to shed light on other suspicious fragments and perhaps even be effective in uncovering who is responsible for these forgeries.” – Dr. Jeffrey Kloha, Museum of the Bible Chief Curatorial Officer

If you want to know more about this unbelievable scam, read the museums 200 page report.