NFL Players Will No Longer Be Suspended For Positive Marijuana Tests, Will Be Tested Less Frequently

The number of players who will be tested will be reduced as well, and those who are subjected will now be allowed to have 150 nanograms of the THC per milliliter in their system before testing positive.

Thanks to the NFL’s new collective bargaining agreement, players will no longer be suspended for positive marijuana tests. However, insiders warn that still doesn’t absolve them from being punished in other ways. 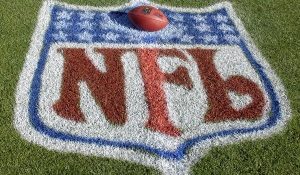 The NFL owes an apology to SEVERAL players who's careers were ended because of marijuana use.

“We pick up a greater share of revenues, make significant gains to minimum salaries and increase our post-career benefits. We understand that not all deals are perfect, and we don’t take the gains we wanted but couldn’t get lightly. We must now unite and move forward as a union.” – JC Tretter, President of the NFLPA

A source recently told Yahoo Sports that there are some in the league who have reservations with this more lax approach to marijuana because of the message it could send to the younger fans. There are also concerns about the potential for the new policy to clash with federal and state laws in areas where marijuana has yet to be legalized.

Brothers Look To Profit Off Coronavirus Stuck With 17,000 Bottles Of Sanitizers