The surge in weekly unemployment applications was a stunning reflection of the damage the viral coronavirus outbreak is doing to the economy. Filings for unemployment aide generally reflect the pace of layoffs.

“This morning’s jobless claims confirm that the United States is in the thralls of a catastrophic unemployment crisis, the likes of which we haven’t seen since the Great Depression. This represents the single worst one-day piece of labor market news in America’s history.” – Andrew Stettner, senior fellow at the Century Foundation thinktank. 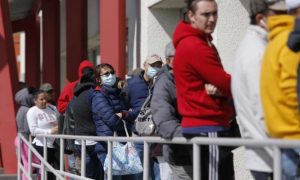 Ellen Zentner, an economist at Morgan Stanley, expects the economy to start recovering by the second half of the year. It will take time for things to return to something close to normal. The unemployment rate could still top 5% at the end of next year.