“There’s a lot more money that should have gone out that has not gone out.”

A shopper heads out of an Ace Hardware store past a sign advertising for workers. (David Zalubowski/AP)
by Javier Garay June 2, 2020

Roughly one-third of unemployment benefits are estimated to be unpaid to the millions of Americans who lost their jobs as a result of the coronavirus pandemic. Many policies struggle to cope with the unprecedented wave of layoffs. 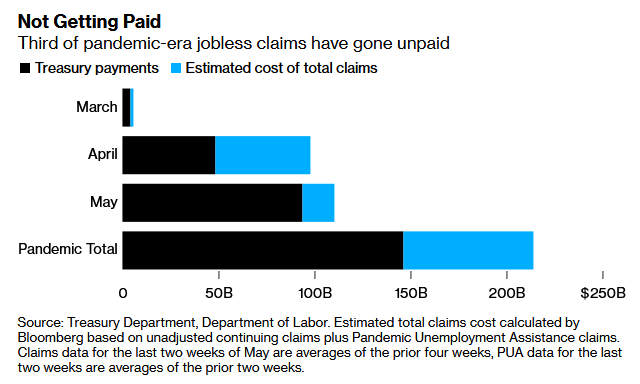 Economists estimate that another 1.8 million people filed for unemployment last week. That data is due out on Thursday, while Friday’s monthly numbers are forecast to show a jobless rate of 19.5% in May, still rising from the 14.7% just less than a month ago.

Javier Garay is Media & News SVCS Intern at UnmutedCo. He is currently enrolled in the University of North Georgia seeking a bachelors degree in Film/Digital Media with a concentration in Media Studies. Javier writes for Black News Alerts (BNA) along with social media management for both BNA and BossFM, and is a part of the BNA Daily Podcast Team.
Current Headlines
Be Our Friend
advertisement