The actress said she was first impacted by gun violence at a young age growing up in Los Angeles, calling it “traumatizing”.

Lauren London is opening up about her first experiences with gun violence and how the prevalent issue that killed her boyfriend Nipsey Hussle still impacts her today.

Join my beautiful, Lil Sis @laurenlondon and I for a chat, before we hit the Red Table, on how women are affected by gun violence. pic.twitter.com/uY4oWONygu

“Just growing up in L.A., in the area that I was around. In high school, a lot of the boys were in gangs, and I remember that a lot of our friends, by summertime they were gone. They had transitioned from gun violence.” – Lauren London 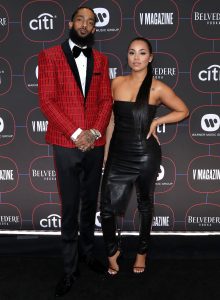