"The new concept is inclusive—one that all of the guests can connect with and be inspired by."

Companies across the U.S. are renaming racially charged, decades-old brands in the wake of protests for racial justice around the globe following the death of George Floyd and in support of the #BlackLivesMatter Movement. Disney Parks announced plans to rename and re-theme Splash Mountian which is tied to a racist film.

We’re thrilled to share Splash Mountain at @Disneyland & @WaltDisneyWorld will be completely reimagined with a new story inspired by an all-time favorite Disney Animation film, “The Princess & The Frog.” Learn about what Imagineers have in development: https://t.co/ZDa3TiFlZr pic.twitter.com/sK4NOpR8FE 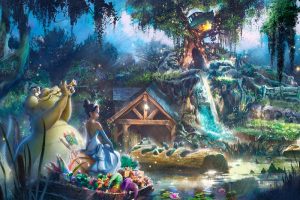 It is currently unclear if the Splash Mountain ride at Tokyo Disneyland will also be reworked.

Sophie Robinson is a recent graduate from Clemson University and is a Digital Intern at UnmutedCo.
Current Headlines
Be Our Friend
advertisement